Many historians claim that Belgium is an artificial state, created from the merger of two distinct nationalities, with the northern Flemish, wishing to be part of the Dutch Netherlands and the southern Walloons, having a closer affiliation to France. The colourful history of Belgium is interwoven with those of its adjacent neighbours.

Since the Middle Ages, the area that we now know as Belgium has been occupied by the Franks (of West Germanic origin), the Spanish, the Austrians, the French and the Dutch. During the latter part of the 16th century, Philip II of Spain, King of both Spain and the Netherlands met with strong resistance from both Dutch and Belgians. The Protestants of the northern Netherlands eventually escaped his rule but the southern Netherlands succumbed. Although the southern region gained some form of self-government, it lost many territories to both the northern Netherlands and France.

As you can imagine, all these various conflicts and influences created barriers and divisions including those based on linguistic differences. For example, during the French period of 1794-1815, Dutch was outlawed in the Flanders region, whilst during the Dutch era of 1815-1830, King William I wanted to reimpose the Dutch language within Flanders. This was met with opposition from both Wallonia and sections of Fleming society.

In 1815, the Congress of Vienna united the regions of the northern (Holland) and southern (Belgium) Netherlands to form one state. This existed until 1830, when the southern Netherlands split. The result was the emergence of an independent Belgium that is still in existence today. 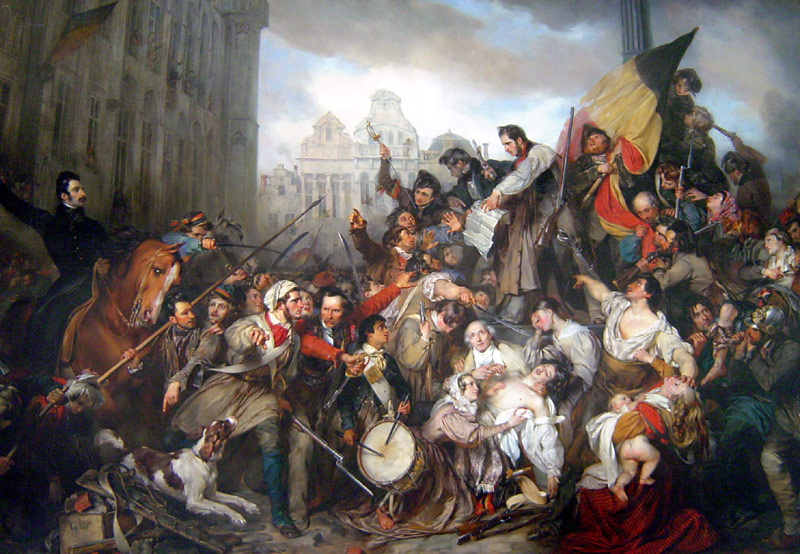 In 1846, the first Belgian national census revealed that out of a population of 4.4 million people, 57% spoke Flemish or Dutch, 42% French or Walloon and 1% were mainly German speakers. However, although Flemish speakers were in the majority, there were marked regional differences in many areas of society. For example, there were disparities in terms of economic investment and the provision of education between the two regions. Most manufacturing even within Flanders was controlled by the French speaking business classes, with the net result that Flanders benefited to a far lesser extent than Wallonia. Whilst the vast majority of Belgians, both north and south, were Roman Catholic, the Flemish were regarded as more fundamental in their beliefs than their southern neighbours. With the increase of industrialisation, French was generally perceived as the language of industry and for advancement, whilst those speaking Flemish were deemed to be less progressive and backward looking. Despite the fact that the Flemish elites and middle classes actively engaged in the French language, there was a gradual awakening of interest in groups that strived to represent and improve the Flemish language and identity.

Belgium only became officially bilingual in 1898 due to considerable pressure from Flemish groups. Despite this official status, French remained dominant but the country did begin to experience a significant growth in multilingualism.